Did Letlole’s Executive Assistant delete 2,206 documents from the DropBox so that the CEO would have nothing with which to support his defence?

In the afternoon of 26 May 2020, Chikuni Shenjere-Mutiswa, who was the CEO of Letlole La Rona, was summoned to the company’s head office at the Gaborone Central Business District (CBD). He was ordered to bring along his laptop and iPad, which he would then surrender to then board chair Boitumelo Mogopa. Upon his arrival, he was handed a suspension letter by Mogopa. Present at that moment was recently appointed board member, Oteng Keabetswe.

An apparent investigation into alleged manipulation of the company’s Long Term Incentive Plan (LTIP) by Mutiswa was in motion.  That same afternoon, through the Botswana Stock Exchange (BSE), shareholders of the company were informed of Mutiswa’s suspension over matters related to the conclusion and execution of the LTIP on or around March 2020.

Soon after he surrendered his devices, Mutiswa inquired when he should expect the investigators to contact him. It had been long since he was told they would get hold of him for questioning. But Mutiswa had not heard anything since he was barred from coming to the office under the reason that there was an investigation into his alleged misconduct. In response, Keabetswe said he would contact the investigators and they would be in touch with Mutiswa within days. Strangely, he never heard from the investigators or the board itself until 8 July 2020 when he was served with a notice of a disciplinary hearing.

Later on the day of his suspension, a notification popped up, alerting that Executive Assistant Dinah Jonah had deleted 2,206 documents from the DropBox folders. According to the notification, she had also amended 34 others. Included in these deleted files were the folders of the 9 December 2019 board meeting, which held the LTIP draft presented to, and approved by the board as well as all folders containing all documents presented in and prepared for various board meetings.   It is thought-provoking event which was perhaps done to erase the paper trail. It may also have played a huge role to ensure that Mutiswa would have no documentation to support his defence when the board threw the book at him.

But in defence during the hearing, Jonah, who was at one point close to Mutiswa, claimed that the erasure was done at a time Mutiswa’s credit card was cancelled because Letlole feared that they would lose access to the DropBox. This may be far from the truth given that deletion of the files was done within hours of Mutiswa’s suspension on 26 May 2020 while his credit card was only cancelled two weeks later on 14 June 2020.

The curious events however did not demotivate Mutiswa from pursuing his claim in line with the LTIP as he believed he was entitled to P15 million. The claim would have amounted to P120 million in five years and it was the board which previously suggested this formula for reaching the payout.

On 2 June 2020, there was a series of letters exchanged between Mutiswa’s lawyers and those of Letlole. Mutiswa had moved ahead with his claim in light of the failed negotiations to amend the LTIP agreement. In the letters, Mutiswa’s lawyers consistently made it clear that the claim was based on the LTIP approved on 9 December 2019, which was acknowledged by various board members in a series of meetings between April and May 2020.

Throughout the exchanges, Letlole sought to avoid mentioning that there was an approved LTIP agreement.  After the letter of 11 June 2020 in which Mutiswa’s lawyers laid out the basis of his claim (being the increase in number of directors from five to eight). Letlole took almost two weeks to respond to that particular correspondence. They were perhaps buying time or working a way out as they had themselves admitted that the LTIP 2019 existed. Investigators had confirmed that the board signed and implemented it.

Letlole’s subsequent letter on the 24 June 2020 then stated that the LTIP he was claiming on was “fraudulent” and that they were considering laying criminal charges against him.  On the 28 June 2020, Mutiswa proceeded to lodge a dispute at the Department of Labour for the LTIP claim and responded to their letter. On 8 July, he was called again to the Letlole’s offices where he received notification of a disciplinary hearing together with accompanying documentation, which included an apparent extract of FTI investigation report.

On the same day, Letlole issued BSE statements announcing the disciplinary proceeding against him and that they had filed a report at the Serious Crimes Squad with the Botswana Police. It was nothing short of a smokescreen. But perhaps was necessary for the board to magnify the misconduct to shareholders. The officials handling the matter at the police brushed it off when interacting with Mutiswa himself. That was the end of the show. Not even Letlole said anything further since then.

Meanwhile, Mutiswa wrote back to Letlole on 10 July 2020, requesting further particulars and documents to support his defence, including the full FTI investigation report which covered all matters surrounding the LTIP, a matter that was the basis for the charges against him.

Letlole refused to furnish the report. Upon requesting for the LTIP agreement, Letlole produced a document that bore no resemblance to any agreement related to the final LTIP signed. The documents produced were titled as a September 2019 proposal for both short term and long term incentives. It looked nothing like the various LTIP draft agreements circulated and shared with the board.

More fundamentally, and behind the scenes, the investigators never interviewed key board members of Letlole involved in the LTIP process. That is the Audit, Risk and Compliance Committee (ARAC) chair Tiny Kgatlwane, the Investment Committee chair and deputy chair of the main board board member Curtis Matobolo.   They were not willing to give evidence or to be witnesses during the disciplinary hearing.

Of key interest is that the then CFO, Kamogelo Mowaneng, was also entitled to her share of the claim. However, when things got heated, she withdrew, claiming sudden “conscience” and that it was an “invalid” claim. She also claimed that there was a tip-off that the CEO had tempered with the 11 December LTIP which was a rumour paddled by the board, although they found it hard to prove this with the FTI having confirmed it was legit. Mowaneng then became a witness, fighting from the board’s corner. That was despite she having signed the 2019 LTIP.

The plot to fire Mutiswa fell into place when the company ruled that he was guilty of all charges in the most dubious investigation. He was dismissed from office. The squabble claimed other jobs. Mogopa, Terence Dambe and Serty Leburu tried to offer themselves up for re-election to the board but Grit Real Estate Income was against this. 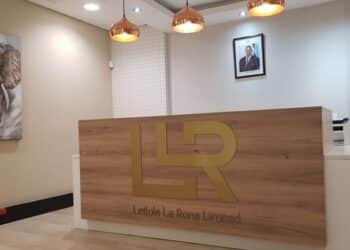 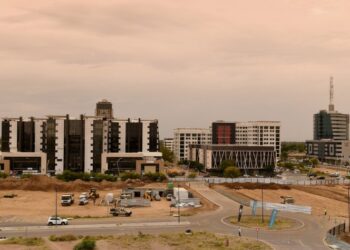