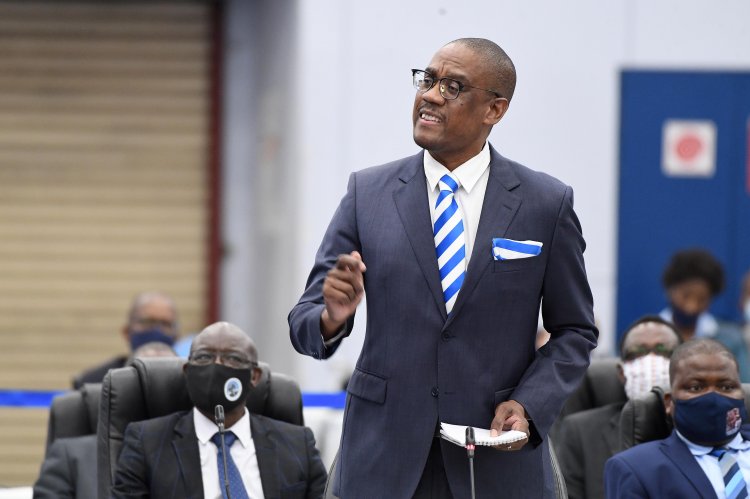 The Minister of Tertiary Education, Research, Science and Technology has disclosed that the government spent a total of P14 billion in tuition and allowances for students across private and public tertiary institutions over the last five years.

Answering a question in Parliament raised by the MP for Maun West, who is also the Leader of the Opposition, Dumelang Saleshando, the Minister of Tertiary Education, Research, Science and Technology, Dr. Douglas Letsholathebe, said the government pays tuition and allowances for students sponsored to pursue higher learning at schools of their choice.

“In the last five years, 55 percent of the funding being P7.9 billion, went to public schools while private ones got 45 percent, representing P7.3 billion,” Minister Letsolathebe explained in Parliament this week, adding that since 2016 the government sponsors students guided by a quota that was devised by his ministry.

In 2017, students had a choice of which university to enrol with but the government introduced selection boards that guide how students should be spread across public and private schools in 2020. Dr Letsholathebe explained further that upon introduction of selection boards, 67 percent of students sponsored by the government enrolled at public schools while 33 percent were in private schools.

The minister, who is a former University of Botswana physics lecturer, told the House that the Human Resource Development Council (HRDC) and the Botswana Qualifications Authority are key institutions that work with the government to determine which students get sponsored and whether schools chosen for placement of students offer courses that are in line with the human resource needs of the nation.

Minister Letsholathebe emphasised the need for students to repay their loans. “We are aware that we are loaning them money that they should return,” he noted.

Even so, the Department of Tertiary Education Funding (DTEF) usually fails to track graduates that government sponsored in order for them to pay back their loans. The result is that the government is owed billions of pula in student loans.

Bank of the future