Sadie Dikgaka’s 8 years at the summit of Flava Dome 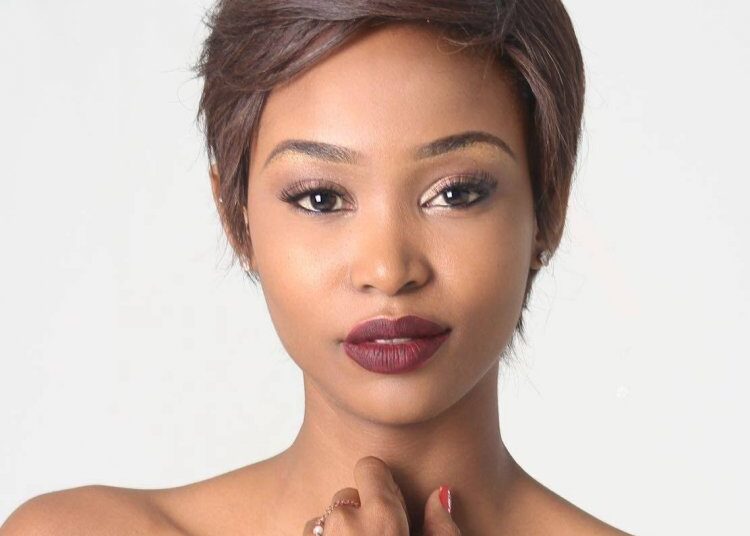 Television presenter, event host of note and all-rounder Sadie Dikgaka is outstanding among the many prominent faces of Botswana’s entertainment industry. She is known for hosting BTV’s popular show, Flava Dome. The vivacious personality has been unstoppable in taking her skills and talent to the people.

Glow with Carly is about refined makeup artistry

After different pairs of presenters hosted the show, she took over and notched it up with the ever-sizzling Leungo Andre Pitse. But the most sought-after radio and television powerhouse had to leave the show to try other things, leaving Dikgaka as the sole presenter of the celebrity show. Although they formed a formidable pair on the show, that did not stop Dikgaka from taking over with ease. She was soon attracting huge endorsements from renowned brands that wanted to work with.

Dikgaka is currently working with numerous organisations as an advocate for certain campaigns and mandates. Some of the organisations she represents are Options Botswana, SKY Girls BW, CENE Media, UNICEF Botswana (champion of U-report). She is also a digital entrepreneur.

This week she sat down with The Executive Lifestyle to reflect on her eight-year journey in the entertainment industry. She opened up about the hiccups, the lessons learnt and how she embraces her growth; how far she has come and how much further she will go.

But how did it all start? “I was home one Tuesday morning and I happened to catch the repeat of Flava Dome,” she recalled. “Right at the end of the show, an ad appeared stating that Flava Dome was looking for presenters. I jokingly posted on Facebook that I should give it a try and was met with responses of support.

“But I did not take it seriously until I spoke with my sister who helped me get all the details and documents needed for the application. I was invited to audition a little later and managed to get a call-back. I came through for the second round of auditions and as they say, the rest is history.”

Today she is making strides and June 2021 will be her 8th year in the entertainment space without the benefit of any formal training. “When it comes to the media, it’s my keen interest and on-the-job training has taught me what I needed to know,” Dikgaka said.

Being in the media for such length of time has taught her a thing or two.  According to her, the best thing to do in order to succeed and stand out is to be unapologetic and authentic. The TV stunner said people tend to forget that public figures are human and deserve to be given respect.

Dikgaka has also learnt that fame has its own beauty and flaws. In her case, the beauty of it all is the love she gets from people. “But there is also the lack of consideration from some people,” she noted. “Even so, you can overcome the negative vibes by surrounding yourself with positive people and remembering your truth.”

Meeting different prominent personalities in her career is routine, though she said it has been the highlight of her career. She means influential and successful local and international artists. People who support and encourage her have also mattered a great deal. “I have worked with many people on and off camera,” said. “I must acknowledge my producer, Kefilwe Leero, for being the force that she is. She motivates me and encourages me to break boundaries and set new standards. She brings out the best in the whole crew.”

An admirable quality about Dikgaka is her zeal to shape the creative industry from the grassroots level, this being something that she wants to pursue further in the future. “I just want to develop talents in any creative code further,” she explained. “Singing, dancing, art, fashion design and make-up; I want it to be as diverse as possible. I hope to see the creative arts as a contributor to our nation’s GDP.

“That can be achieved by starting to support it at the grassroots level. I intend to become an international household name and plan to own a youth centre for the creative arts. I want to inspire every young girl that their dreams are not only valid but can become a reality.”

But most of all, Dikgaka says she has been able to grow and come this far in her career because of God. “I have always prayed that His will in my life would come to pass,” she emphasized. “I am motivated by knowing that I am not in this alone. I have a lot to offer even though I may get weary at times.”

Glow with Carly is about refined makeup artistry

“We all have the positive energy that we need”

FSC notes Botswana’s macroeconomic stability in a time of crisis