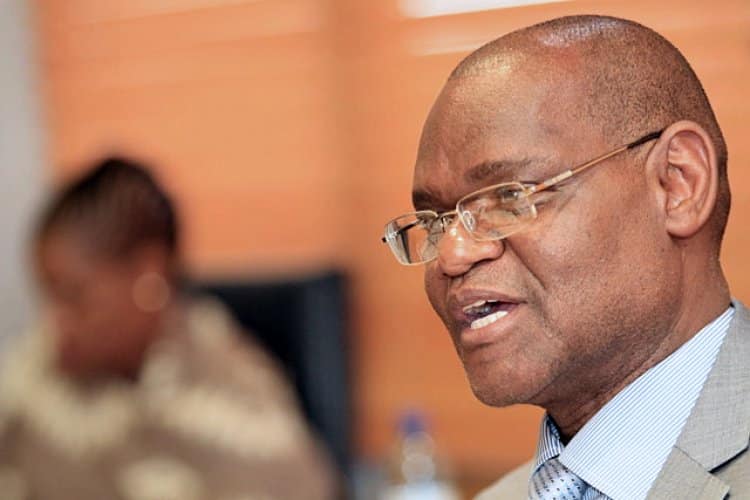 The increase in inflation, whilst somehow expected due to the combination of different factors, is certainly worrisome to economists. For starters, it complicates both monetary and fiscal policy plans of the Bank of Botswana (BoB) and the government respectively.

This is more so that this jump comes from outside influences, otherwise known as cost-push factors. Perhaps it would have been a lesser headache or dilemma to Governor Moses Pelaelo if these high numbers were driven by a surge in output. That way, tools would be employed to deal with it.

It is common that when inflation runs away as it is doing at the moment, the Bank of Botswana could arrest the situation through increasing the bank rate which is at record lows of 3.75 percent. But that seems to be a no-go area and the head of the central bank may just have to watch from the sidelines instead of blowing the whistle on the match playing out.

Transport inflation stood at 7.4 percent y/y against 1.5 percent in March, while Food inflation rose 6.8 percent versus 4 percent in March.  However, base effects saw Housing Utilities inflation easing from 7.2 percent y/y in March to 6.4 percent. There were also steep increases in the m/m rates for Miscellaneous Goods & Services, Recreation & Culture, Household Furnishings and Alcoholic Beverages & Tobacco.

Tshegofatso Tlhong, the Portfolio Manager at Kgori Capital, say this type of inflation is transitory because it is administered price driven and not demand driven. She adds that inflation is expected to remain elevated for the rest of this year. Tlhong says it will then normalise next year due to the base effect (this year’s price index becomes the base for the calculation of inflation and therefore if administered price increases are lower than what is effected this year then the inflation number will reduce), unless new inflationary pressures come into play.

An interest rate hike would be the natural reaction of the central bank to control runaway inflation. However, it seems doubtful that BoB is about to do so, at least in the next couple of monetary policy meetings. If anything, the current bank rate might persist for a while. Even so, the risks are indeed based towards an upward revision of bank rates.

“Due to the transitory nature of the inflation we are seeing now, the situation will rectify itself without the need for any intervention due to base effects,” Tlhong says, adding that a more patient view of inflation should therefore be taken before any action that could have detrimental effects to recovery after the COVID-induced recession is taken.

In the April 2021 MPC report, the Bank of Botswana revealed that it expects headline inflation to rise above the 3 – 6 percent target band during the current quarter, driven by supply-side factors that include higher fuel inflation. It expects inflation to revert to within the target band by Q1 2022.

Absa Bank economist Naledi Madala sees further upside risk to inflation in the near term and forecasts it to peak around 7 percent y/y by Q3 before easing steadily into year-end to around 6 percent. Globally oil prices are on an upward trend but Madala does not expect fuel prices to rise as aggressively, partly due to the current strength in the pula.

Economies are also opening up, and with the likes of South Africa in growth mode, there is an expectation that Botswana should import some of their inflation. Considering that government’s Recovery and Transformation Plan has not yet been fully implemented, it could be a while before the number reverses. However, in the long run the expectation is that inflation will taper down a bit. Afterall, there is only so much growth that the Botswana economy can manage. With Botswana a net importer from South Africa, some experts say BoB may need to adjust the crawling peg exchange rate system instead of making interest rate adjustments.

Previously, the First National Bank of Botswana had advised that there is room for a further reduction of the bank rate. However, it may seem that that chance is beyond the central bank as high inflation erodes the value of money for lenders and those on fixed incomes. The normal reaction will be to increase interest rates so as to make up for this erosion. The increase in interest rates is a tricky one, given the damage that COVID -19 has done to the economy that is characterised by limited opportunities for credit growth, household indebtedness, job losses and salary cuts. Tlhong says the type of inflation seen should not have any upward impact on interest rates. Instead, she expects policy rates to remain accommodative for longer so that economic recovery may take root.

During its bi-monthly meeting in April this year, BoB’s Monetary Policy Committee held the bank rate unchanged at 3.75 percent, which was in line with expectations. The decision was based on the need for sustained support to the economy, which it expects to continue to operate “below full capacity in both the short and medium term” and thus not create any inflationary pressures. That said, BoB expects headline inflation to breach the 3-6 percent target band during the current quarter, driven by supply-side factors that include higher fuel inflation. It also expects the government’s economic stimulus package and the successful rollout of vaccines to help demand while supply chain constraints due to the pandemic will put upside pressure on inflation. The central bank expects inflation to revert to the target band only by Q1 2022.

“The risks to inflation are indeed to the upside, but this does not alter our view that the policy stance will remain unchanged for the duration of 2021, given the need to support the fragile economic recovery,” Madala says. This view is further bolstered by the MPC ’s assessment that the current inflationary pressures are due to “transitory administered price changes and supply side factors, that, except for second round effects, would not normally attract monetary policy response”. Tlhong comments: “Capacity utilisation in the economy is still lower than pre-pandemic levels and we expect real wage growth to be muted, if not negative in the near-term. We therefore don’t see demand pull inflation being significant in the short-term.”

At the end of the day, it will boil down to the balance between monetary policy targeting and economic growth.  However, the Economic Recovery and Transformation Plan (ERTP), which was put together to boost economic growth, has not been implemented. Government was more upbeat with projections for economic growth of 8.8 percent. At Absa, they believe the rebound in economic activity will be softer than the government’s projection. The bank expects economic growth of 6.7 percent this year.

PPC in talks to sell its aggregate unit